You have come to Bosnia and Herzegovina, so now you have to direct your compass to the south of the state, where Herzegovina is settled. You will be inspired by the beauty and marvel flowing through its waters, hiding in its mountains and living in its people. You will, at least for a moment, like the Noble prize winner Ivo Andric, ” walk faster, breathe easier and think better “. What are the places that, somewhat selfishly, Hercegovina is so proud of ?

1. The Sound of Beauty of the Waterfall of Kravica 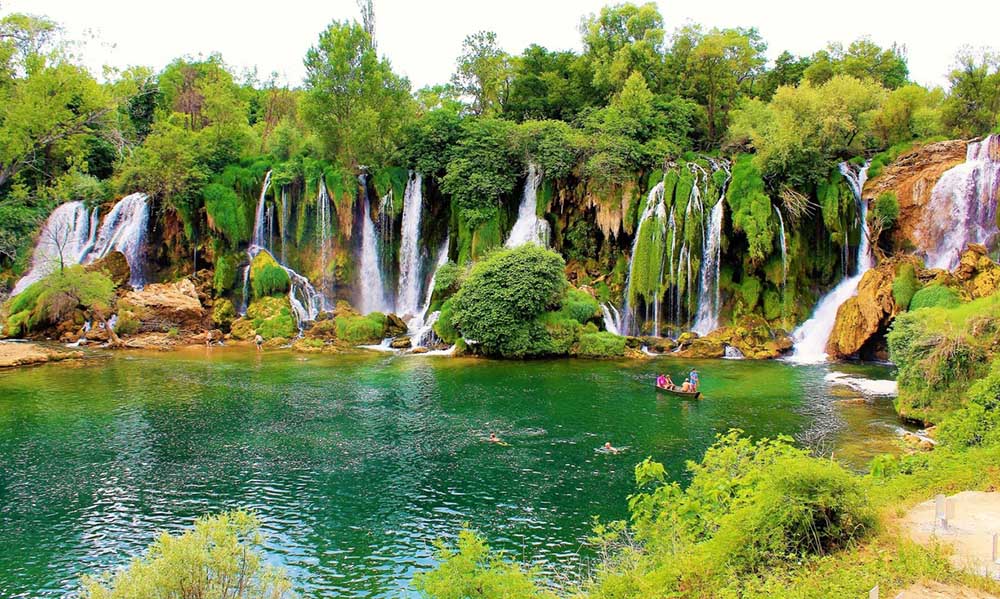 At the top of the list of the most beautiful places in Bosnia and Herzegovina, you will put a waterfall named Kravica yourself, immediately after you visit it. Kravica waterfalls are located in Studenci, near Ljubuški and are one of the many famous works of the river Trebižat. When you see that beauty during the summer, you want to swim and refresh yourself under the noisy, 30-foot-high waterfalls that stretch through 120 feet, so make sure you have your bathing suit with you. Thanks to its natural beauties, Herzegovina just like a waterfall echoes louder and louder on the tourist map, so for a holiday in Herzegovina you should definitely visit Waterfall Kravica. 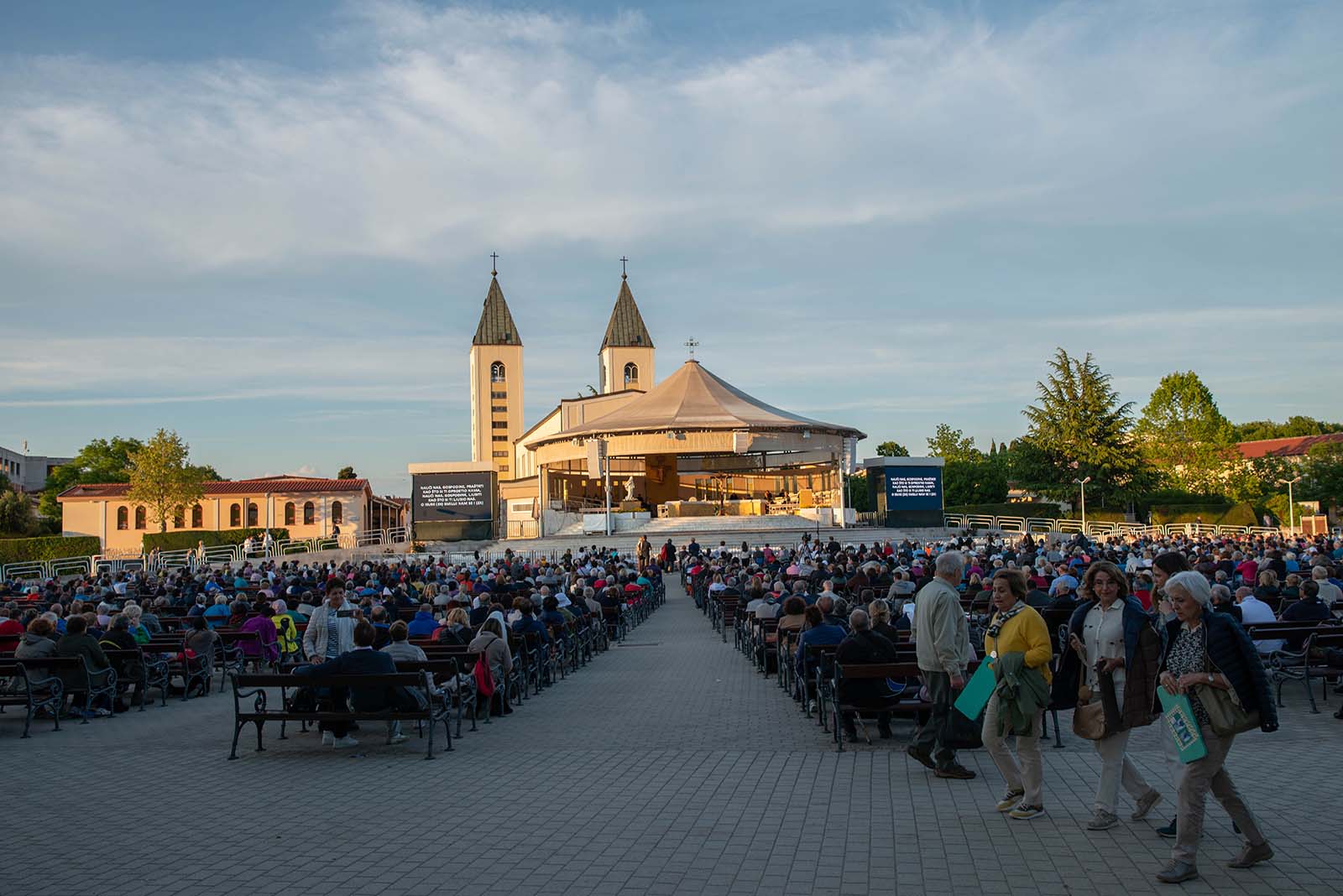 Some of the most beautiful scenery of nature decided to settle in Herzegovina, and according to Catholic beliefs, Virgin Mary, one of the most important figures of Catholicism also chose this place for her apparition. It has been heard all over the world about the Medjugorje phenomenon, so Medjugorje in Herzegovina has become one of the largest Catholic sanctuaries in the world. If you visit Medjugorje, you will learn more about miraculous stories and events and visit the hill where, according to stories by six people, the first apparition occurred. As its name says, Medjugorje is among the mountains, so the hill of the apparel can be found under the name of Podbrdo or the Hill of Appearance. 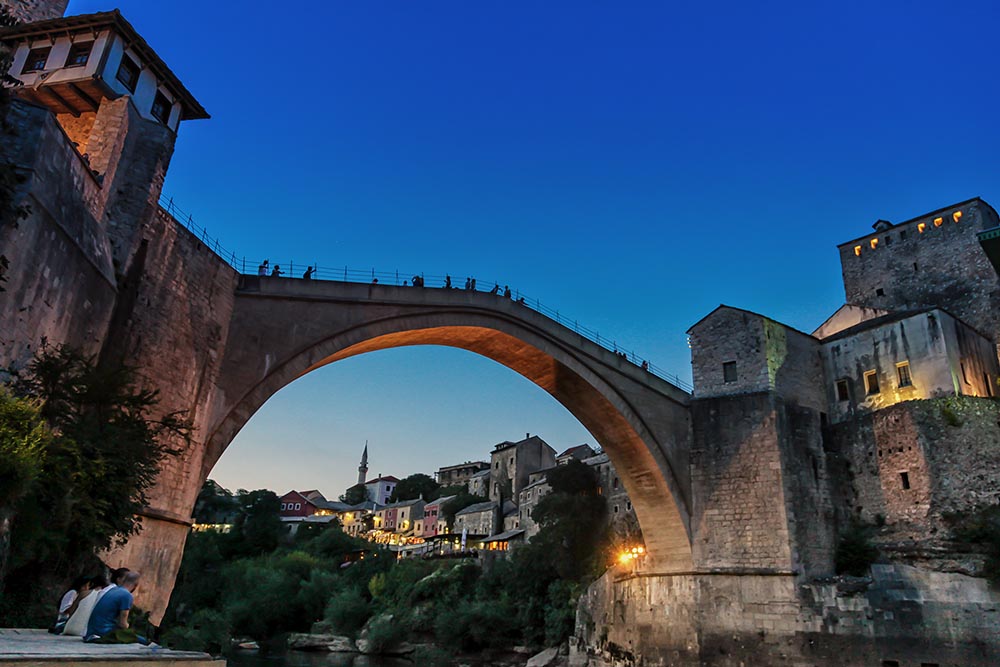 In the midst of natural beauty, pristine nature and water oasis, the list of places you have to visit in Herzegovina would not be complete without the city of Mostar.

The culture and history of Herzegovina are woven into the walls and bridges of Mostar, so go and read them in the old part of the city that is on the UNESCO World Heritage list. A crystal clear Neretva passes through the city, and under the image of every postcard in Mostar: The Old Bridge. Walk through the streets of the city, find the best corner to look at the Old Bridge and hear its story.

If you want to explore Mostar more thoroughly, find the miniature of the Old Bridge on the River Radobolji. We give you the task to figure out which bridge is Kriva ćuprija.

Clear waters and springs embellish Herzegovina, and we recommend that you find out all about the beauty of water sprinkling in Blagaj, only 12 kilometers away from Mostar. There is a turquoise blue of the River Buna awaiting for you which springs in the depths of the cave about 200 meters high. Large quantities of crystal clear and ice-water springs at one place make the spring of the River Buna one of the largest in Europe. Bosnia and Herzegovina and the river Buna have always provoked enthusiasm here, as evidenced by the Dervish monastery that the Turkish sultan decided to build in the 16th century. The soothing effect of nature’s silence and the noise of the river simply extend the time you took to drink coffee in one of the restaurants, as you will see for yourself. 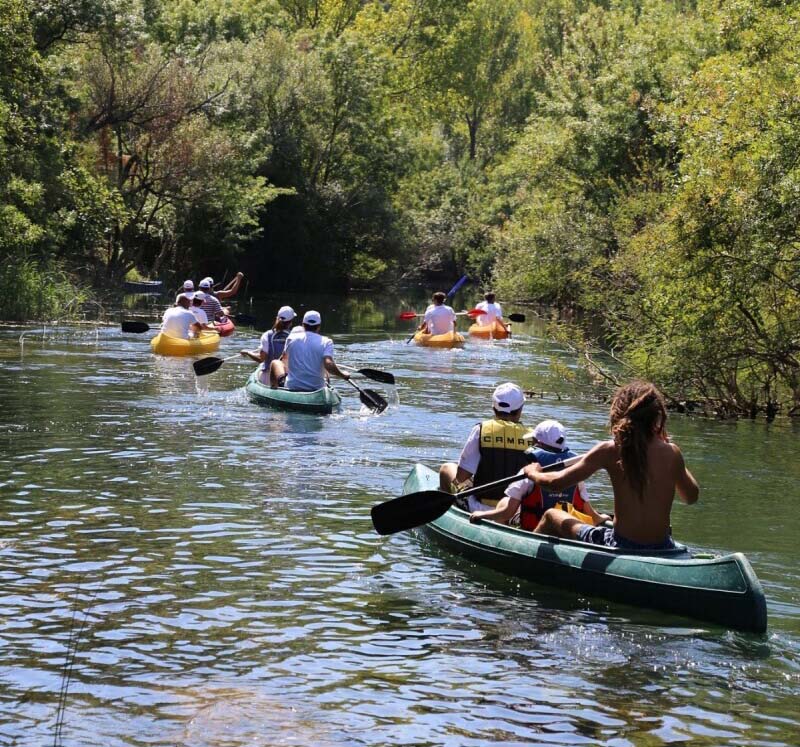 Trebižat’s beauty is flowing through Herzegovina, becoming even more brilliant at the place where it loses its base and turns into waterfalls, and the two most famous are Waterfall Kravica and Waterfall Koćuša. The Koćuša Waterfall is located in the village of Veljci, 12 kilometers away from Ljubuški, almost on the border with Croatia. It is caused by the fall of water over the rocks, just like Kravica in the Studenci. But the Trebižat River, besides the fairytale scenery, also offers an adventure, just to spice up the annual vacation. Take a trip over the Trebižat River in a different way and head to the canoe safari where you’ll lightly cruise the river, you will surely enjoy it! No worries, if you are a beginner, you will be learned how to do it and equipped well for your new adventure.

6. The Old Town Počitelj, located on the cliff 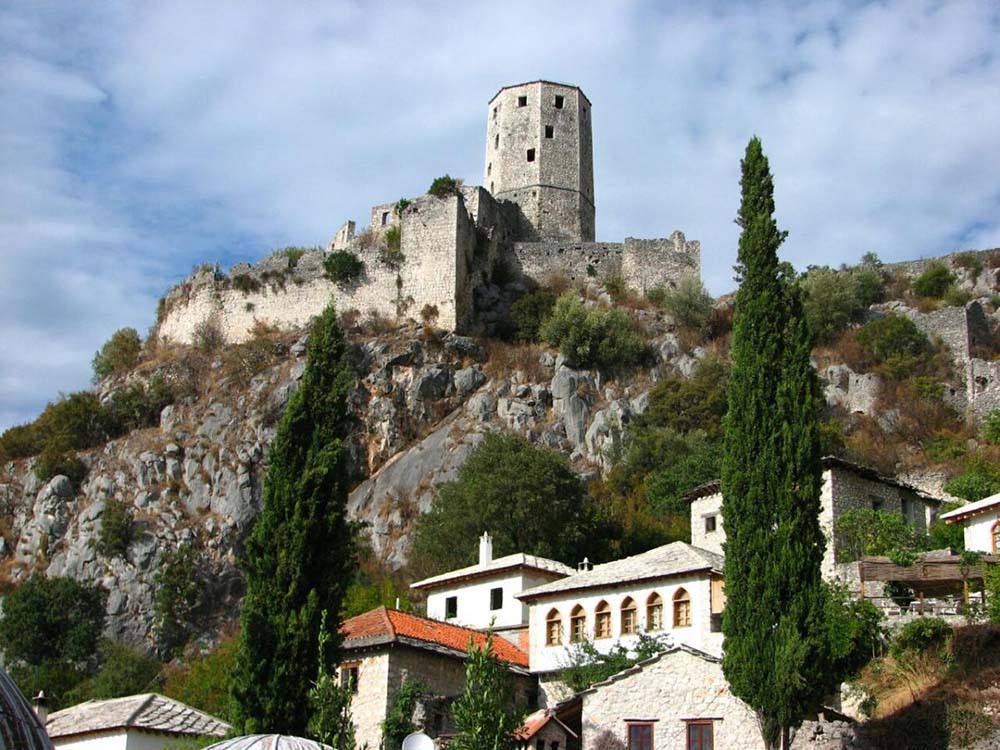 The sequence of cultural and historical monuments continues on the order of nature, so next on the list of places you have to visit in Herzegovina is the Old Town Počitelj, located 3 kilometers away from Čapljina.

The steep cliffed town is a mixture of Mediterranean and Oriental style, often seen in these areas. And while the houses and the old town are lined with rocks, the valley built by those rocks is the center place of the river Neretva. Explore Počitelj and try to figure out how the Old Town of Počitelj, a place in Herzegovina worthy of standing, was built together by the Orient, the Mediterranean, and the Herzegovinian stone. 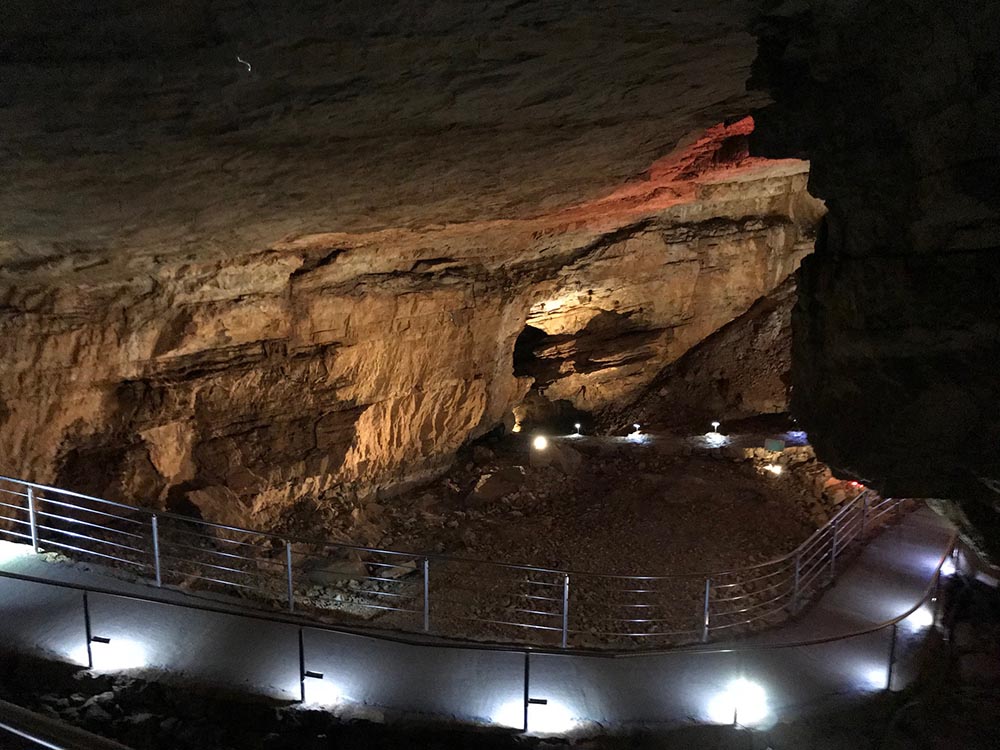 On the long list of places you have to visit in Herzegovina, among the rivers, mountains, rock, karst, villages, and towns, there are also natural phenomenons such as caves.

The Vjetrenica Cave is located in the village of Zavala, on the edge of the Popov field and is a speleological facility with four water flows that will glimpse your imagination at first glance, no matter your age. Although its six kilometers has been explored thoroughly, the sightseeing is only 550 meters away, but that’s exciting enough. Before visiting the Cave Vjetrenica, make sure you check the schedule of entries as it changes with the seasons.

All the beauties of Herzegovina cannot fit into this list, but you will simply enjoy the holiday in Herzegovina with these seven places because they are so close to each other.

All the places from the list are located in a circle of 80 miles. Soon after your arrival, you will be glad you came and discover that the prices are favorable, and it is good to know that the currency there is a convertible mark (KM).

Apartments Gloria are located in the heart of Medjugorje!

5 PLACES IN MEDJUGORJE YOU HAVE TO VISIT